There are times when I think there’s a wisdom to that one conception of telepathy – not the mind-reading, clear as day, but more on the side of premonition. You know, something’s coming. And I imagine the afternoon Danny’s school director announced her request, he had a little inkling bumming around the back of his mind, that sixth sense for potential projects. In this kind of ramshackle, seat-of-your-pants work, you learn to sniff out the blood pretty quick.

“Danny, I have something I’d like you to do.” (If you can, hear the statement in Romanian). 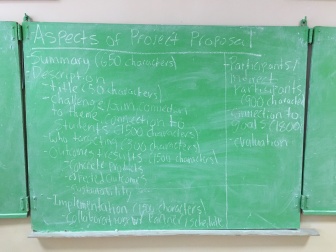 And they gathered, Danny Gottfried, his two partner teachers and his director, to select the outstanding English speakers of Mihai Eminescu Lyceum. These students would form a small, voluntary group to choose a form of discrimination common to Comrat and elaborate for the project ACES: act local. Every person matters. Together for social inclusion.

The ACES call invited schools from 15 countries to organize teams of students, aged 13-17, to draft project proposals on the theme of “social cohesion, inclusion or overcoming discrimination and marginalization.” Danny invited me (or rather, the Miras Moldova organization) to partner with his students and develop a proposal for the above-mentioned project. My partner Nadya also agreed to join our progressive band of volunteers and kids – with less than a month to get it together. 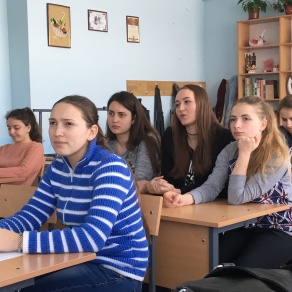 The project blossomed with its fair share of challenges. There was the scrambling to clarify schedules; kids attending because they felt they had to (who eventually dropped out, like the bookish guy who only tried a sport, any sport, because his mom thought it would be good for him); the nod-and-smile so common to Peace Corps Volunteers and non-native speakers alike (you know, signifying we understand what’s said when we don’t).

Lucky lucky, I had a chance to play observer as Danny conducted (and dealt with scheduling issues and a few doe-eyed teenagers). It’s no little task to diplomat-ize with giddy or grumpy teens, though the truth is that we made out well – many members of the group, unlike what I’ve seen when working with my (often) passive English Club kids, were engaged and burbling with ideas. Details, not so much – but they got the big picture quick.

Danny facilitated participation with open-ended questions and patience, especially regarding the language. Danny’s school is the only Romanian-speaking school in Comrat (all others in the city teach courses in Russian, unless it’s a language elective). Though it was slow-going, Danny was impressed: “It was a really interesting process how [the youth] would converse in Romanian, reach a consensus and then express their ideas in English.” 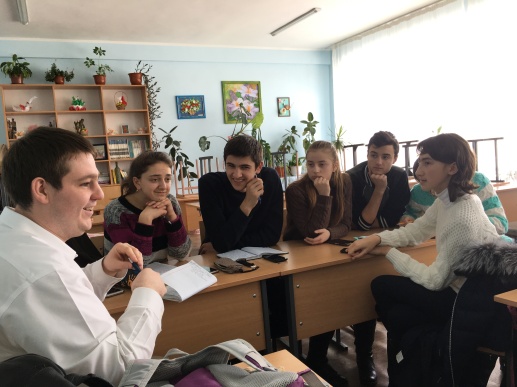 Danny began with a group brainstorming session to decide which topic the youth wanted to address. Our participants came up with the following concerns observed in Comrat and other parts of Moldova:

At the next session, the youth decided to write about discrimination against people with disabilities. Nadya lent her expertise when discussing project ideas – she’s been working with Miras Moldova, and by proxy “Fidanjik,” our local center for youth with disabilities, for the past two years. 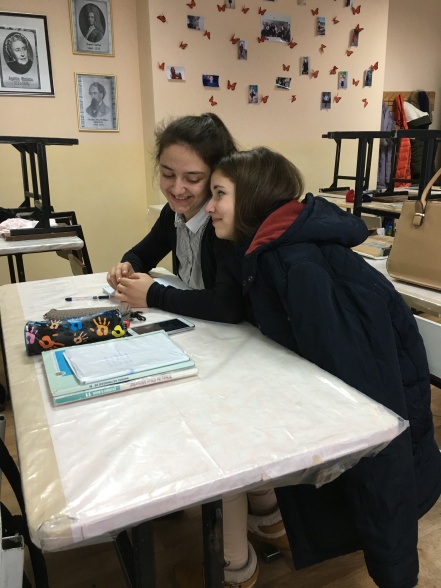 The teenagers decided they wanted to develop a training for both students and teachers in Comrat schools to educate them about the situation of people with disabilities. After the trainings, they hope to have a picnic in the town’s central park, inviting students and teachers to meet, eat and play games with disabled individuals. The youth used the following 5 guiding principles to develop their project and its objectives:

The last step was to film a 2-minute video for the project application. The “final four” participating kids dragged themselves out to the Miras Moldova office on a Saturday morning, an effort Danny and I both appreciated.

We worked together to develop the script for the short, seeking personal anecdotes to create a convincing video proposal. One girl told us about her aunt, who was born without the ability to walk. We asked what it was like for her aunt to live in her village, attempting to guide the youth to connect the reality of living with disabilities to the prejudice they had described to us earlier.

Not the connection we were looking for (and we cringed, in the first place, at trying to ask a student a question with an answer in mind). However, the point we were able to make was that it “takes a village” to support individuals with disabilities.

The student told us that her aunt has had 18 operations since childhood, and though she still spends most of her time in bed, she is able to walk with the aid of crutches. Though she has an electric wheelchair, the woman has only been to Comrat, the regional capital, 5 times in her life – and this with the assistance of family members, who help her into cars. There’s also one man from nearby Cimislia who brings her aunt food and takes care of a few chores around the house. The girl’s conclusion was that, because of the vast support, her aunt was able to lead a good life – “If my family discriminated against her, I don’t know what her life would be.”

So wish us luck! You can see the final video here:

Welcome to Sundry Travels. My name is Haley, and this site is a collection of my creative works, ranging from records of Peace Corps volunteer years, travel blog posts, short stories and poetry to videos, photography and art. This site also catalogs the culture, food, beauty and (mis)adventures that one can experience at home or abroad. If you like what you see, please share!