Moldova is a curious trove for the explorers. When you ride round the country, observing through curtained маршрутка (minibus) windows, you might forget your coordinates.

The landscape blends: villages, frequently set back from the main roads, interrupt the hilly steppes and sunflower fields. Grape vines minus vineyards blanket hill crests; other fields wash with unexpected lakes. There are more forests in the center and up north, and south-side khaki rock formations erupt from the slopes. 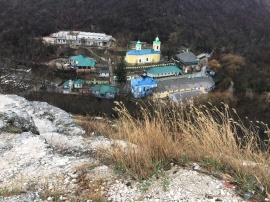 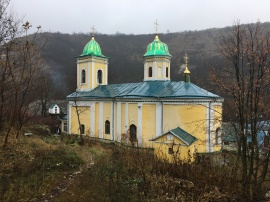 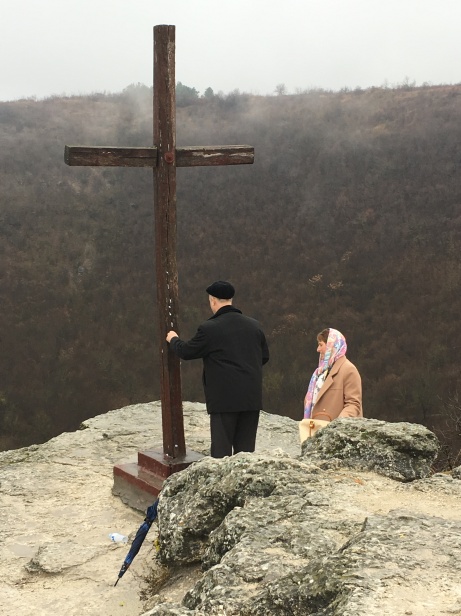 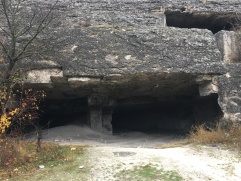 We’ve discovered that, although so often what you see seems the same, there are secrets in this rolling earth. Though a country with few resources, limestone abounds. Moldovans have mined their cliffs to decorate their cities. These shafts have become curiosities ranging from the Cricova and Milestii Mici Wineries (more about Cricova in my blog post here) to the quarry at Saharna Monastery and the cave monastery Orheiul Vechi (apparently, Moldova’s number one tourist attraction). 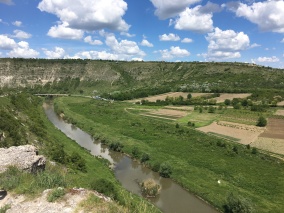 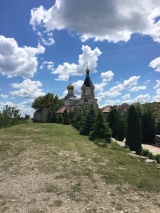 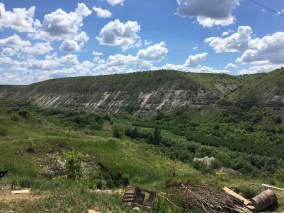 But for a little off-road travel, you’ve got natural caves: wild, not like their well-toured cousins.

It turns out Moldova has one of the world’s largest gypsum caves: Emil Racovita, the 8th largest underground expanse in the world, open to groups of cavers accompanied by a guide.

We’ve got some free options, too.

I saw through our Peace Corps communications that volunteers living in Criuleni had invited some others to navigate an off-road cave system. My friend and I decided to reach out to gather information for a trip down. 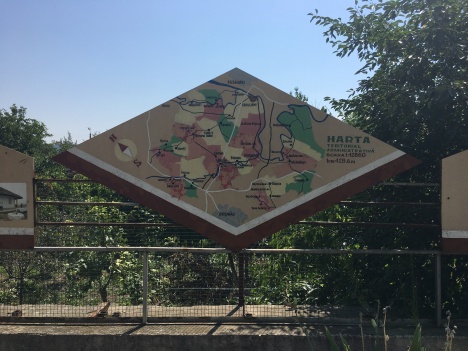 We started from Comrat at 6:30 in the morning, had time to buy a headlamp from GP Bateria in Chisinau (Strada Vasile Alecsandri 82), grabbed some marinated salads and fresh vegetables from the main bazaar, and left from the Central Gara (bus station) at 11:00. The bus to Criuleni was a challenge to locate. We asked first at the main ticket station (inside a large building in the center of the autobus disaster), and the cashier directed us to a street-side booth after a collection of shops. The next attendant pointed out the Criuleni маршрутка in the long row across the road.

The cave is located approximately 2 kilometers from Criuleni’s town proper. We chose to sweat our way from the central bus station to the site, an approximately 40 minute stroll. You’ll reach the Criuleni sign, continue for another ten minutes and the path to the cave is off to the left (right before the big bridge to Transnistria). It’s a rocky dirt mess that goes straight to the “larger” campground.

When we arrived at the level ground, we were a little lost – there was a good spray of trash amidst three charred rings. Turn to the left! With the greenery it’s a little tough to locate, but look for the large pipe slithering up the wooded hill and the trail is, again, to the left. The route is steep in parts, but it’s only about 5 minutes to the end.

There are two potential cave entrances. The first one we decided against exploring. There is an old iron grate that once blocked the opening, but has since been bent to allow visitors. To the left of the first musty dirt slope, a large hole expands deep, approximately 4 meters. Iron anchors suspend above the drop, but the rust is thick – a fast deterrent. It looks like you could explore a little further, but we were hesitant to wrestle with the hole. If you could find a guide, you might give it a shot.

The second entrance is visibly well-used. There’s an iron sign above the opening, and we greeted a small swarm of flies floating where the air cooled and the dark began to lick. You can stash any bags (or camping gear, as in our case) under a boulder to the left of the entrance. 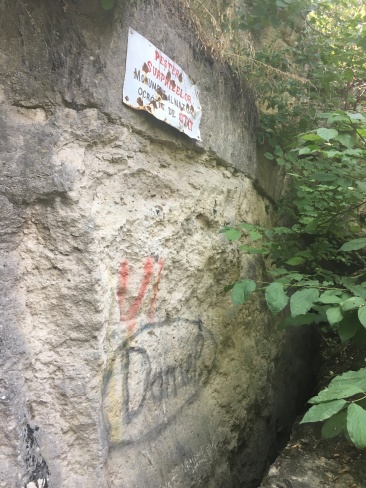 This cavern is not a dig for beginners or the claustrophobic. You’ll be crawling, dragging your knees along silty pebbled floors. If you’re not careful, there are a few places that might sample some skin from your forehead, and there’s one garbled twist toward the end where contortion is prerequisite. 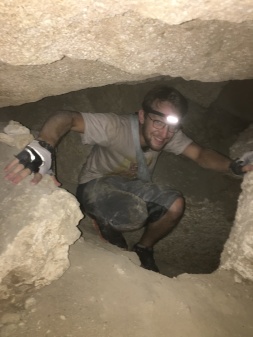 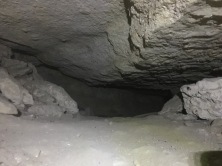 The first room is spacious height-wise, a visible squat: there are bottles, shoes, rubber pipes and metal schkribbers. The descent isn’t obvious – you have to hook off to the right, where you lower yourself to the next level. You squat from there, then squeeze yourself through to the next space (a tight squeeze for one with “expansive” hips). The rest of the rooms, save one larger, are great for a little gymnastics. There are some fake leads, but they’re good for the curious caver. We stopped in room 4 (or 5, depending on how you count) because one path got too tight, and the other option was a drop.

We set up camp in the large clearing mentioned before. One woman appeared that afternoon carrying a scythe. I greeted her, she shot us a gruff startled look, and responded that she was looking for some mountain plant-or-another. She disappeared quickly into the brush, then we heard her exclaim something-or-other. She didn’t return. Her quick demeanor and quick absence were enough to make me slightly wary, and we listened to the woods, attentively, for the next hour plus. Even the sap dripping from a branch, a light bird-wing flutter, was enough to attract my friend’s attention.

That night, after it was already dark and we were half-sleeping, three men swished by carrying half-full white plastic bags. We half-awoke with jitters, but they didn’t bother us, and left around 6:30 the next morning. Other young campers, we guessed.

Peace Corps security was a little nervous with our choice to camp there, so close to Transnistria, because camping culture doesn’t really exist in Moldova. However, my friend had just biked 32 days (over 3000 kilometers) from France to Moldova, and he camped alone every night. In his experience, there was almost no space – no matter how far from the road – where he found complete privacy; people are everywhere. So we decided to camp anyway, and give humanity a chance.

4 thoughts on “Moldova Has Caves!”