Last week I interviewed a badass young woman who recently won the New England Golden Gloves boxing tournament. She’s kicked and pushed and drilled her way to getting where she is, no matter the resistance. She told me a story of high school struggles in a plastic fabrications shop. She worked almost solely with men, and a darling older guy came round to work under her after she’d already been at the shop for 5 years. The man couldn’t deal with her authority. A 17-year-old girl with vast experience, a higher pay grade and management responsibilities? The gentleman ended up leaving the shop, aggressively, making it well known that he didn’t like how the setup was run.

This poem is for the ladies who work hard to take their place in a world that’s not always keen to have them in the positions they’re so capable of. 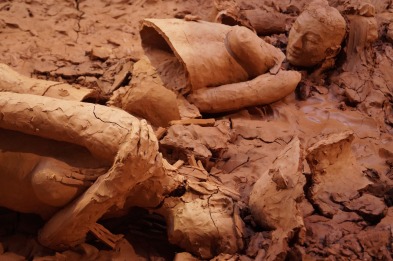 Through career tumblings and collegiate fumblings,
There’s strength in the stroke of your wrist
Gliding cross computer keys
Red cheeks
Beads
The lines of your two-piece tweed
You’re in business, babe.

When you cinch your slacks in the mornings
You remember girlfriends’ warnings
Of predators,
Creeps,
Breathe
It’s really better to concede
That you’re in business, babe.

Walk upright and proudish, dear
Show those fuckers you don’t fear
Their eyes,
Ties,
Lies
That keep a lady down
It’s a dirty business, babe.

You’ll take your temperance to that place
Wield it, feel it, use it to make
Good tasks,
Outlast,
And bask
In the successes that you’ve had
But you’re in business, babe.

Don’t forget the world ‘cross which you glide,
And when you show your skills,
Will,
Thrills,
Don’t hide. It’s just
You might end up a threat
In big boy’s business, babe.

You’ll take the place a man might want
He’ll watch you, thinking that you flaunt
What you’ve “got.”
He’ll taunt.
He’ll envy
Whatever good you’ve brought
And he’ll screw with your business, babe.

Wagging tongues might follow you
Around the spaces you once knew
As kind,
Fine,
“Mine.”
The poison of an envious man
Can overturn your business, babe.

You can scare that jerk who’s in your face
You can take your time, frustrate
Gnash your teeth at
The shit you take
Record his remarks
Make haste
It’s your business, babe.

You know he’ll make you pay.

You’re right to fear vindictive brands
“That girl you’ve got’s a harridan”
A nudge, a smile
Boy’s club
Your bile
You’ll likely go down too
But fighting is your business, babe.

Go ahead, get through, make do.
No guarantee how things will go
But if you don’t do it now
Show them how we won’t be cowed
Represent
Fail to relent
We’ll never make it in big business, babe. 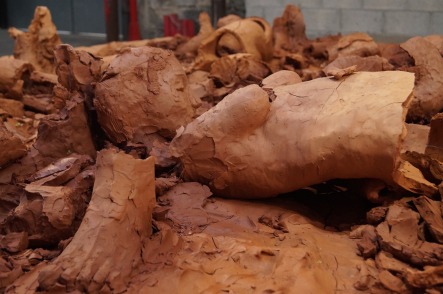 #opie #badcatsofinstagram
Head in Red
I spy something that is weird #weirdcat
Study of Mucha’s “Le Rubis” - Ruby - from 1900.
All Dolled Up!
This is the first time I’ve painted a portrait in gouache…. Watched a lot of videos before even attempting! I’m practicing for a larger piece….