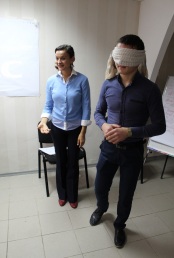 Student Ilie was itching for a challenge during a recent training program to raise awareness about the problems facing people with disabilities. His task was to cross a cluttered room to retrieve an empty bottle – blindfolded. Goaded by fellow participants, he pulled himself along the office table, stumbling a few times and bumping into chairs. The experience lasted less than five minutes, long enough for Ilie to discover what it could be like to be blind for a lifetime.

The Sunday activity, held at the Miras-Moldova office on October 22, was one of several designed to give Comrat students a sense of what it means to live with a disability. The Miras-Moldova Public Association has been working with students from Comrat’s Moldovan Lyceum to combat discrimination against people with disabilities in Gagauzia. In April, the students received a grant for 800 Euros from the Academy of Central European Schools to implement their project. 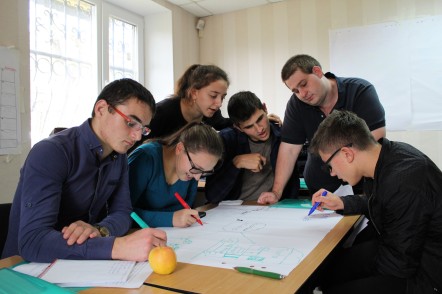 Many Moldovans are uncomfortable speaking about disabilities. In fact, the conversation is taboo for many. People do not understand how to conduct themselves around or support others with special needs. “People with disabilities don’t just need physical support – they need good relationships with other people,” student Mariana said. “They are not accepted by society in the majority of cases. Strangers will pretend they don’t see them; they will just pass by. Strangers will assume that they are stupid. For example, if a person with disabilities wants to buy something and he or she is with a friend, the employee will ask the friend. They assume the friend is the person who is paying.”

“My aunt hasn’t been able to walk since childhood,” said another student, Dumitriţa. “She has had 18 operations. They helped, and now she can take small steps with crutches, but most of the time she stays in the bed. My mom and I always help her. She has an electric wheelchair but has only been to the regional capital five times in her life. It’s hard for her to travel in Gagauzia. She can move around if my family helps put her in a car. Other people help, too. For example, one man in Cimişlia comes to help my aunt and bring her food. She depends on other people to help take care of her. If my family discriminated against her, I don’t know what her life would be.” 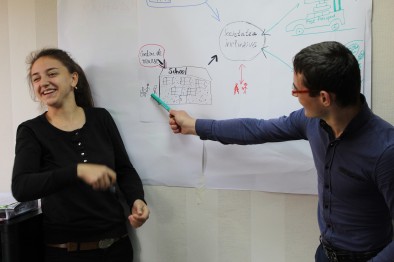 The coordinators from the Chisinau organization “Motivaţie” drove to Comrat to lead the October 22 training session. Motivaţie’s psychologist Ecaterina Surdu and public relations specialist Victoria Botan led the 4-hour meeting. Activities included group discussions, team-building activities and advice on how to interact with individuals with disabilities. 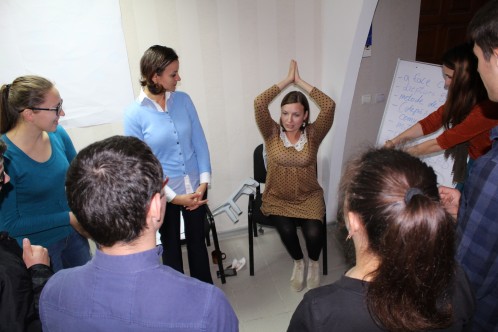 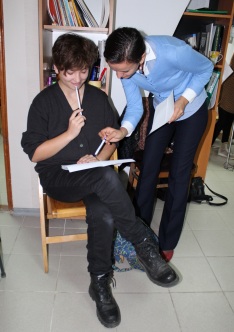 In late November, the students finally implemented three trainings personalized for Comrat’s high school audiences, at schools Number 1 and Number 5 and the Moldovan Lyceum. The trainers presented in both Russian and Romanian, explaining how to offer help to and communicate effectively with people with disabilities. 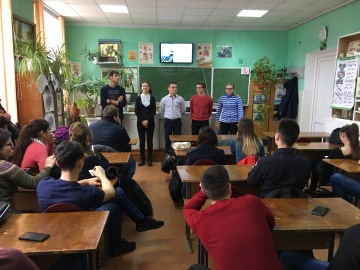 “I hope that the trainings helped the students realize that people with disabilities, first of all, are people,” said student Ivan. “Eventually, the students won’t hurt the feelings of disabled people because some of the students experienced being a ‘disabled person.’”

Several of the individuals involved in the project plan to continue volunteering with people with disabilities. On Sunday, December 3, two of the student leaders participated as volunteers at the annual «День Людей с Инвалидностью» or “Day of People with Disabilities.” Ion managed the sound and lights for the jubilee, and Ilie helped coordinate the event. 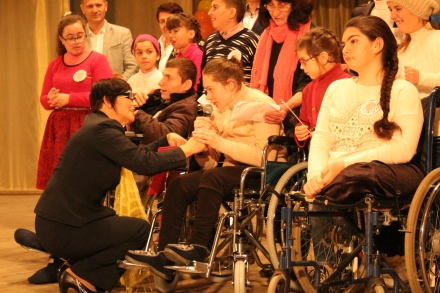 The celebration, held at Comrat’s House of Culture, featured staff and youth from several of Gagauzia’s rehabilitative centers. Their beneficiaries showed off their talents for their families and other Comrat residents, singing and dancing on the big stage. Comrat’s mayor Sergei Anastasov attended the event, thanking the centers’ staff and local volunteers for their hard work and dedication. 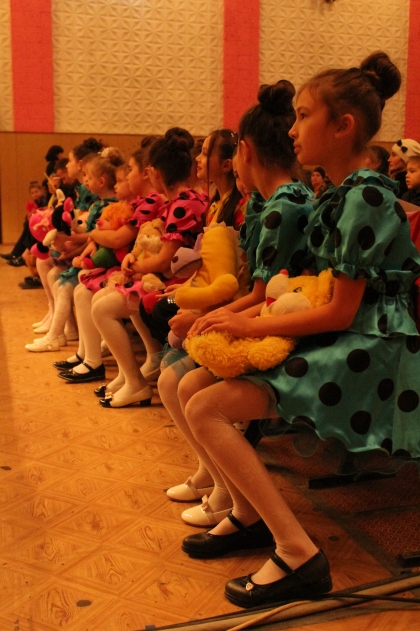 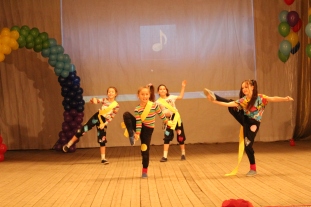 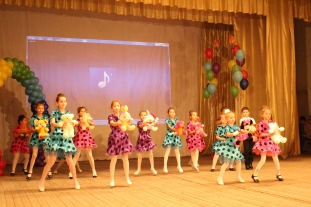 The activities could not have been implemented without many partnerships in Comrat and Chisinau. Students Mariana, Elena, Dumitriţa, Ion, Ilie and Ivan were the heart of the project. Moldovan Lyceum Director Svetlana Sergeevna originally suggested the plan to Peace Corps Volunteer (PCV) Daniel Gottfried, who then approached Miras-Moldova’s Nadya Guseinova and PCV Haley Bader for assistance. Anna Celac, also of Miras-Moldova, helped organize meetings with the students and activities with Comrat’s rehabilitative center for youth with disabilities, Fidanjik. Other essential participants included Motivaţie’s staff and motivational speaker Gavril Calpac from Congaz.

Gavril joined in to represent individuals with disabilities. He is in his early 20s, quick to smile and opinionated. He is also a decorated sportsman and weightlifter. In the trainings in Comrat’s high schools, Gavril handed around the many awards and medals he has won in sports championships. While they were looking at them, he took a towel and a sizeable nail from a plastic bag. 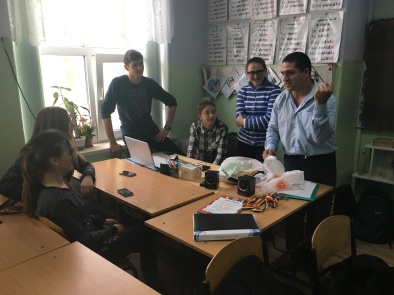 “Who thinks he can bend this nail? Does anyone want to try?” Gavril asked. When no one came forward, he shrugged, wrapped the spike in the cloth and began to bend it. In only a few seconds, he bent the nail in half, demonstrating that people with disabilities can not only do things – they can excel at what they do.

Miras Moldova will partner with Fidanjik and the students once more, on Thursday, December 21, to host a picnic for youth with disabilities, center staff and Comrat high school students. Local restaurant “Atlantida” will cater the event, which will include games and music for all of the participants.

The trainings have already reached 60 students. The greatest benefit, though, may be for the student leaders, who say they are more aware of what it means to live with a disability in Moldova. 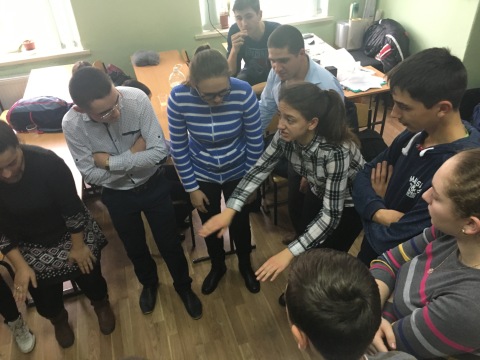 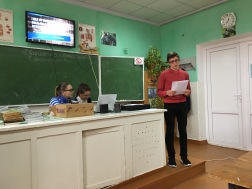 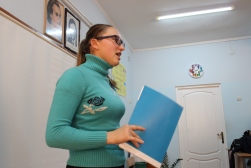 For Ilie, putting on the blindfold opened his eyes to the struggles of people with disabilities, just as it did for his partner Mariana. She was asked during the training to try traversing Miras-Moldova’s office in crutches, which she did clumsily. Both students said these experiences, even more than the PowerPoint presentations and formal discussions, helped them grasp the meaning of living with a disability. For other young Moldovans, the transformation may begin with watching a film, volunteering or making a new friend. However they are learning about disabilities, their eyes are beginning to open, too. 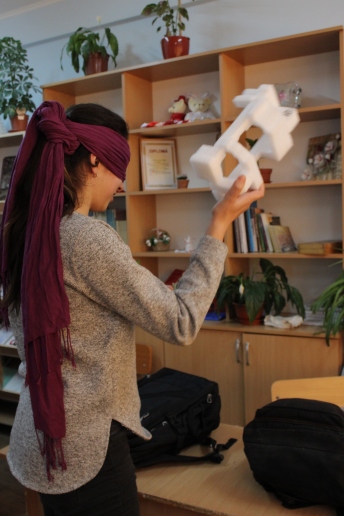 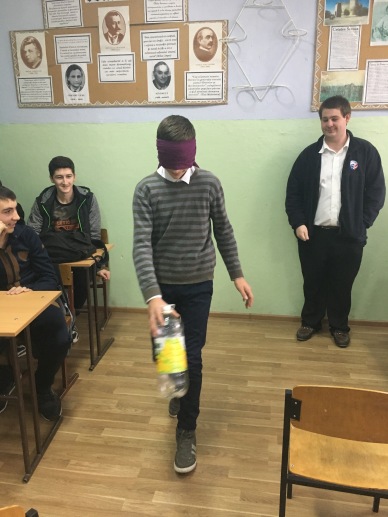 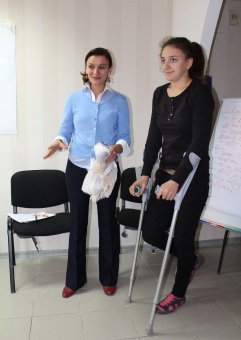 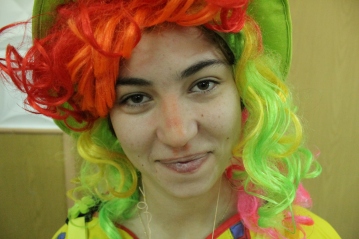 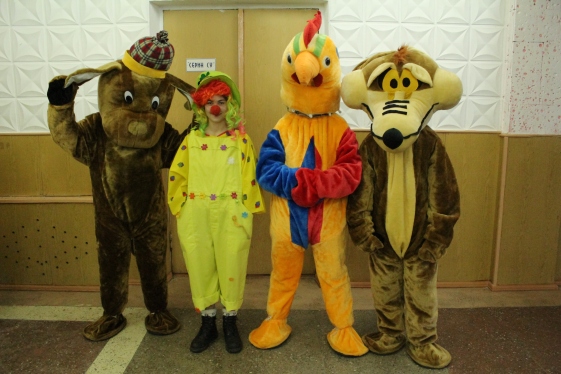 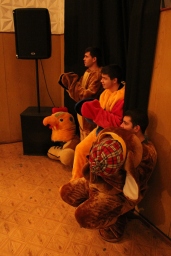 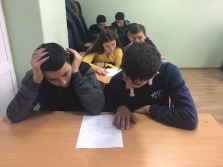 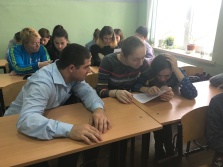 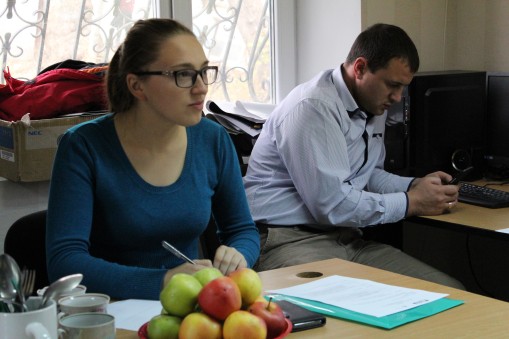 Quick, help, my cat is turning into a sardine! #badcat #badcatsclub #squishyface #trouble
Squishy, squishy, squishy… SQUISHY cats #squishycats #boxcats #boxkittens #catsundoubtedlyinabox
Animal takeovers! #badcows #badcats
Escaping the rain
I wrote and illustrated a thing! Check out my blog post “Alice by Another Name, And Nabokov, Too” on Russian Life… visit the link in my bio to read!
La Bohème #laboheme #labohème