On Sunday, May 21st I attended the Gay Pride Parade in Chisinau.

I arrived at 11:50, and a few rubber-neckers were already beginning to crust around the edges of the police barricade. I entered at the left corner of Bucuresti and Ismail streets. This was the only point where someone beckoned for those who would join – how did they choose us? Did I just look nice?

I spotted glaring yellow vests. I meandered that way seeking friends and bumped into my roommates and other milling EVS volunteers. Many of the EVS people were assisting with the event, handing t-shirts to the crowd. Seeing all those familiar faces, including a few other American volunteers and a contingent of embassy officials, I wondered whether there were more supporters than local representatives. But the group was large, and electric.

Some families even came with their children, a range of infant to early teen.

A friend offered me flowers – this year, the protest’s organizers urged us to bring bouquets instead of signs.

Before we began our movement, I slipped back to the barricade where religious figures had begun to gather and speak in protest.

One of the Europeans – a Spanish engineer who has lived and worked in Moldova for over two years – reported déjà vu. Last year’s marchers were accosted by egg and potato missiles, a singing grandmother, sprinting teenagers and even a roguish priest.

When we marched, we were trailed by the police barricade, flanked by lines of their compatriots and, on the left, blocked by a caravan of police buses. At one point, when the march had slowed at an intersection (someone was blowing Oreo-sized red confetti from the apex of a street-corner building), one of the buses revved and pulled sharply forward to the next bus up. A ghost protester flashed between the closing space – and then the image faded as quick as it had conjured.

It was a relatively uneventful event glazed with cheerful quips and camaraderie.  The only surprise – or non-surprise – came at the end, when we were suddenly ordered into the buses. A large crowd was blocking the way forward and the organizers whisked us away to avoid any violence. We were several street corners from the designated end. 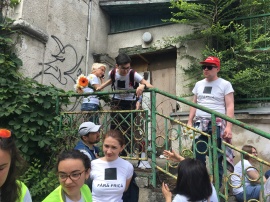 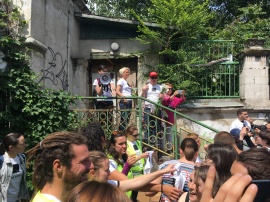 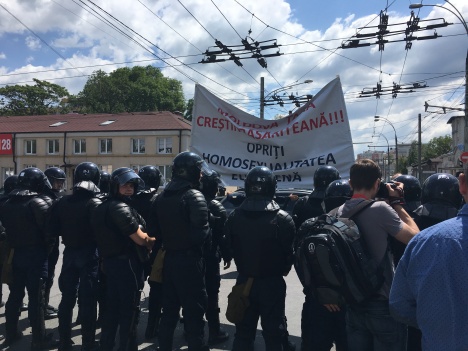 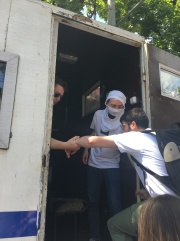 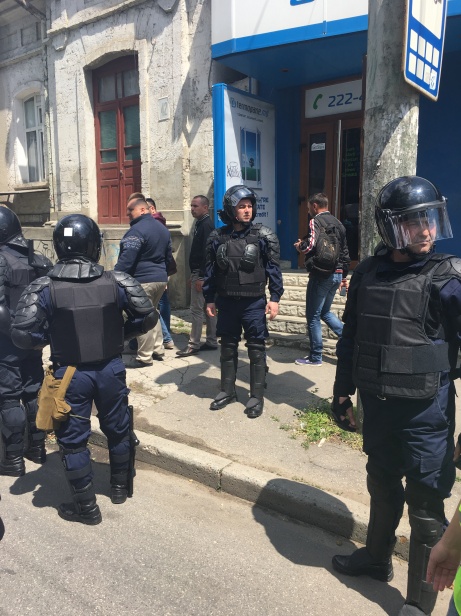 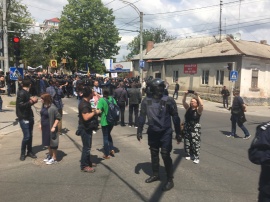 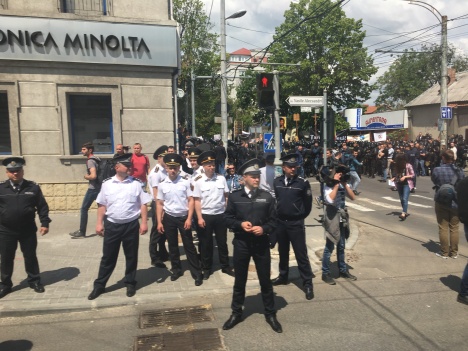 You can watch footage of the march (and the counter-march) here: